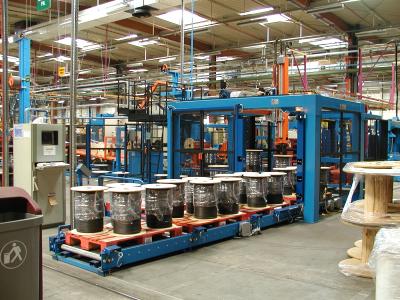 The operator assigned to these lines needs only to perform the following tasks:

So, the operator’s main task is the careful supervision of the line to ensure the automatic process is performed quickly and without any problems.