In the course of the industrial upswing in the 19th century, a flourishing Lyonese industry developed in Central Franconia. With the appearance of electrical engineering by 1900, main focus was placed on producing electric cables. © LEONI AG

Leoni celebrates its 100-year anniversary in 2017. Under the motto of ‘100 years – 100 faces’, the Company will demonstrate its diversity and show that tradition and progress go together.

Videos, multifaceted advertising as well as public relations work, festivities and interactive pursuits for staff will bring the Company’s history to life: founded as a wire works in 1917 before Nuremberg’s gates, the Company now operates as a cable systems specialist with more than 90 production facilities worldwide.

Entrepreneurial vision, adaptability and creativity have always been among the values that make successful performance possible. First and foremost, Leoni became a large business from its own resources, underpinned above all by high-quality products as well as a pronounced feel for customer requirements and market trends.

The Group embarks on its anniversary year with about 77,000 employees in 32 countries. 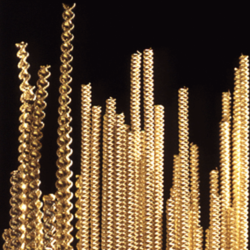 The Company’s roots stretch back to the year 1569 when Frenchman Anthoni Fournier, who came from the French city of Lyon, began to make what were known as Lyonese Wares in Nuremberg.

These sparkling yarns and decorative pearl wires were called for by a clerical, but also a secular clientele, used for decorative purposes in embroideries, tapes and braids.

Further businesses subsequently located in the area, whereby the Nuremberg region became a hub for this trade. 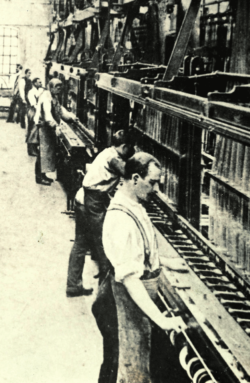 In 1917, the three companies of Vereinigte Leonische Fabriken Nürnberg-Schweinau, Johann Philipp Stieber based in Roth and Johann Balthasar Stieber & Sohn GmbH based in the Nuremberg district of Mühlhof merged – and established Leonische Werke Roth-Nürnberg AG. The Company went public as early as 1923 to raise more capital. Nearly 80 years later, in 2002, the Company advanced into Deutsche Börse’s M-DAX index.

A change in fashion and the consequences of the First World War led to a dramatic decline in production: there was virtually no demand any longer for such textile products as bourdon stitching, galloon, brocades, tassels and fringes. In the 1920s, Leoni initially refocussed making on electrical wires and strands. Production of enamelled wire and insulated cables then gained significance at the Company’s long-standing facility in Roth. Its customers soon included well-known, major corporations that, alongside civilian products, also made armaments.

The Nazi regime also deployed Leoni for its own purposes during the Second World War. Cables made for telephone communications and motor vehicle manufacture were thus also used in the military sector. Leoni also supplied engine plants and processing industry companies, which were in turn designated as “important to the war effort”.

Plant and machinery was generally well utilised during this time; only the machines for making Lyonese Wares were down because it was illegal to make items of jewellery from copper and silver. Apart from that, the product line-up hardly changed. While much of the male workforce had to serve in the war, it was mainly older and experienced staff who were exempted from military service as “indispensable”.

Start of the automotive business in the 1950s 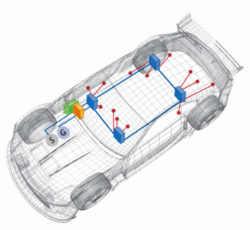 After the war ended, the Company began to make power cords for electrical appliances, which were coming onto the market in increasing number.

In the 1950s, Leoni assembled its first cable harnesses for the booming automotive industry and thereby laid the foundations for its Wiring Systems Division, which now includes most of the motor vehicle manufacturers that produce globally among its customer base.

Leoni gained such new markets as mainframe computers with its plastic-insulated cables; IBM has been the largest customer for years.

In 1993, Leoni established its first Chinese subsidiary as a Joint Venture with the local company EPAN. Production started in this building in Changzhou. © LEONI AG

Initially, in the 1960s, the Company gradually expanded its capacity in Germany and then, in 1977, established its first foreign facility in Tunisia.

The objective was to keep its high wage-cost production of wiring systems competitive. After the German reunification, plants followed in Hungary, Poland and Slovakia; later on, in Romania and Serbia: the most distant facility to supply the Western European carmakers was built in 2002 in Stryi, Ukraine. 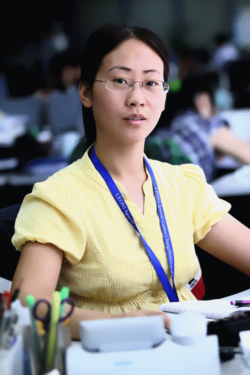 Business in Middle Kingdom is booming. LEONI has several sites at command in China at this point, including a total of 6,000 permanent employers and 2,000 leased personnel. © LEONI AG

In 1993, Leoni established its first subsidiary in China, thereby initially following mainly established customers from its domestic market into the country. Sales work was followed by several production facilities; later on, also by research and development.

Leoni continues to pursue the objective of disproportionately strong growth in Asia and the Americas in order thereby, in the long term, to bring the sales generated there more into line with its established European business.

In the late 1990s, Leoni started an acquisitions drive that led to the purchase of more than two dozen businesses. On the one hand, the cables specialist integrated such direct wiring systems business competitors as Cummins, Lucas Rists, Valeo Connective Systems and Daekyeung – and thereby gained access to new customers like BMW, Hyundai and the French carmakers as well as more sales territories.

On the other hand, the acquisitions of such companies as Studer, Kerpen and elocab served to expand the technology portfolio and areas of application.

Alongside the automotive industry, Leoni is now among the leading providers of cabling solutions in the fields of railway technology, medical technology and robotics – and is thus sharpening its focus on special cables, increasingly offering ready-to-install systems as well as such services as planning, engineering, installation and training courses.

Innovation as driver of progress 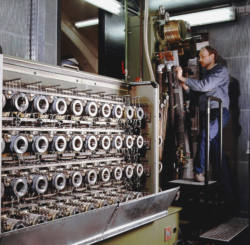 New ideas for products, methods and application opportunities have always characterised Leoni. At its Roth plant in the 1980s, for instance, the Company first developed the multi-wire drawing process and set up a line for continuous tin-plating of copper wires; both are today worldwide standards throughout the entire wire industry.

With the invention of the pre-formed cable harness in the 1990s, the Company succeeded in making products that are not only more resistant to mechanical strains, but also save the customer time when fitting them in their vehicles.

The antimicrobial cable for the healthcare sector is a more recent innovation: Leoni can give the cable jacket a bacteria-killing effect and thereby contributes to raising the standard of hygiene in doctors’ surgeries and hospitals.

Transformation and new technologies as opportunity

FLUY (left) is not only a space saving technology, but also lowers the weight of the individual cable by 7%. The first serial use is scheduled for 2017 for a premium brand car. © LEONI AG

As a specialist in energy transmission and data management, Leoni regards itself as well-positioned to benefit from the current and future trends in demographics, ecology, mobility, globalisation and urbanisation. Particularly the digitisation of industry, which entails greater interlinking of people, machines and products, provides the Company with opportunities to participate in shaping this transformation with intelligent cables, cable systems and smart services.

Apart from regional markets yet to be developed, the automotive industry also promises potential for Leoni – for example in the development work towards autonomous driving: The Company’s product range already includes Ethernet cables that facilitate fast data transfer for real-time communication.

There are furthermore concepts for power management in vehicles that, thanks to a local architecture, provides redundant transmission paths and can be made fail-safe – and that simultaneously enable a significant reduction in weight and installation space. For electrically powered vehicles, Leoni’s portfolio comprises an ever-growing range of high-voltage products.

The Company’s engineers are furthermore currently developing such solutions as cooled charging cables, which allow shorter charging times and thereby help to make electromobility fit for everyday use.

Leoni has compiled an overview of its anniversary on its website at 100.leoni.com. Along with a video on their 100-year history and words of greeting from Dieter Bellé, Leoni AG’s President & CEO, it also includes a new corporate video.

During the anniversary year, furthermore, five contemporary witnesses will present their own, very personal view of matters of great significance at Leoni. Impressions of staff parties, which will be held around the globe in 2017, will also gradually be added. 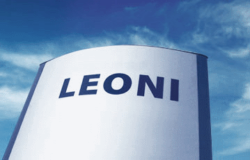 LEONI is a global supplier of wires, optical fibers, cables and cable systems as well as related development services for applications in the automotive business and other industries. The group of companies, which is listed on the German MDAX, employs more than 77,000 people in 32 countries and generated consolidated sales of EUR 4.5 billion in 2015.